You are here: Home / News / New Honorary Fellows and Senior Associates of the Centre

Honorary Fellowships have been conferred on two senior scholars who have been associated with the Centre for many years: Professor Emanuel Tov and Professor Geza Vermes. 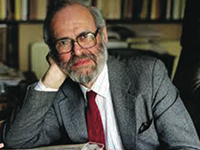 Professor Geza Vermes was born to an assimilated Jewish family in Hungary, was baptized with his parents in 1931 at the age of six, and later became a member of the religious order of the Fathers of Zion. After spending six years a priest, he left the Church in 1957, eventually finding his way back to his Jewish roots. He studied Theology and Oriental history and languages, obtaining a doctorate on the historical framework of the Dead Sea Scrolls. He has taught in England since 1957, and now, as Professor Emeritus of Jewish Studies at the University of Oxford, continues to lecture in the UK as well as worldwide. He has edited the Journal of Jewish Studies since 1971, and it is for this as well as his scholarly writings that he has been appointed to an Honorary Fellowship. He has also been a Governor of the Centre and has served as Director of the Qumran Forum there for many years.

His earliest article on the Dead Sea Scrolls appeared in 1949, and his first book Les manuscrits du désert de Juda was published in 1953, and translated into English in 1956 as Discovery in the Judean Desert. He has since written over twenty books, including the influential Jesus the Jew (1973, 2001) and The Complete Dead Sea Scrolls in English (1997, 2004, 2011). He played a leading role in rewriting Emil Schürer’s classic work, The History of the Jewish People in the Age of Jesus Christ (1973-1987 with Fergus Millar and Martin Goodman). His various works have been translated into a dozen languages.

Geza Vermes is a Fellow of the British Academy (1985) and of the European Academy of Arts, Sciences and Humanities (2001), and has received, besides several honorary degrees and awards, a Tribute of Recognition for ‘inspiring and educating the world’ from the House of Representatives of the USA (2009). 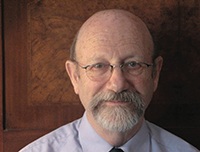 Professor Emanuel Tov, of the department of Bible at the Hebrew University of Jerusalem, was awarded the Israel Prize in 2009 for his contribution to Bible studies. He comes originally from the Netherlands, has taught in the United States as well in Israel and Britain, and has been strongly associated with research into the Dead Sea Scrolls. He is linked especially with the now completed publication of all the manuscripts discovered there, a process that had been delayed for several decades amid some controversy. The completion of the last of the monumental volumes of the Dead Sea Discoveries, issued by Oxford University Press, has been widely welcomed as a major achievement of worldwide importance, and it is for this that he has been appointed to an Honorary Fellowship. Professor Tov is a Fellow of the British Academy.

The Centre has also announced the appointment of two new Senior Associates. Professor Judith Olszowy-Schlanger, of the École Pratique des Hautes Études, Sorbonne, is a distinguished scholar who was involved in the European Seminar on Advanced Jewish Studies – Genizah project, a six-month project conducted at the Centre. Professor Joseph Hacker, of the Hebrew University of Jerusalem, was closely associated with the European Seminar on Advanced Jewish Studies – Reading Texts project, also centred in Oxford. The Centre looks forward to many years of collaboration with these leading experts in their fields.