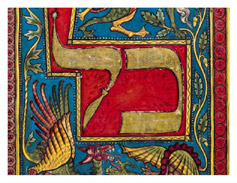 The Dorset Foundation has awarded the Centre £200,000 in order to launch a new round of seminars in advanced Jewish studies at Yarnton Manor. These extended research collaborations around specific research projects will draw together leading scholars from around the world to produce and disseminate new knowledge. These seminars are meant to utilize the unique academic resources of the University of Oxford, the Bodleian Library, and the Centre in order to make unique contributions to the field of Jewish studies. The first seminar, scheduled to start in October 2012, will be devoted to ‘the Legacy of Rabbi Louis Jacobs (1920-2006) and the Limits of Theological Debate in Judaism.’

Widely recognized as a leading Jewish scholar, the 1957 publication of Rabbi Jacobs’ book, We Have Reason to Believe, ignited a major theological controversy within the central organization of British Jewry, the United Synagogue, of which he was a rabbi. Shortly before he passed away, Rabbi Jacobs decided to donate his library of almost 14,000 volumes to the Centre. This collection is major resource for the study of rabbinic Judaism, Kabbalah, Hasidism, Philosophy, and Theology. His own writings for a wider reading public will help shape the research conducted by the first team of scholars participating in the Oxford Seminars. Subsequent research topics include: Judeo-Arabic materials in the Oxford Genizah, Non-Jewish languages in Hebrew characters in the Bodleian collections, the development of the Hebrew language in the Middle Ages and many other topics over the next several years.